I suspect there are a few more out there who are trying to pursue their craft alongside trying to raise their tiny human offspring into competent, useful adults.

Juggling these two competing interests is a challenge I still have yet to master. To even call both of them interests seems a little… well… insulting? Obviously, parenting is much more than just an interest, but then so it writing. However, I won’t waste all my word count on semantics.

The bottom line has been and always will be finding that balance between crafting and parenting (and everything-else-in-your-life-ing) and I talked a bit about that yesterday and you got to hear some delightful vocals that I feel exemplify this journey perfectly. I shared my ideas of a maintain balance option in my vlog so here, I want to talk a bit about the physical logistics of it.

If your children are anything like mine, they are curious and want to be just like you. This means that they want to play with my camera, they try to play Bible study, they want to type on my laptop (hello yogurt tracks on my mousepad…) 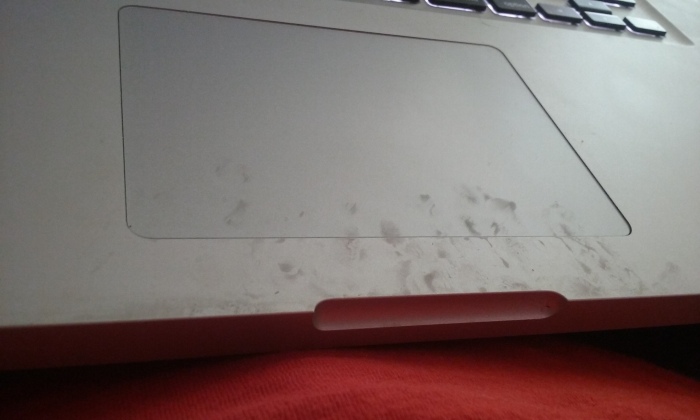 Basically, anything that I’m doing, they want to do. It takes a bit of effort and creativity and discipline (of a different kind) to keep my crafting things out of their yogurty little hands. I talked about having a dedicated space to work and that has, of course, been the most useful thing I’ve done to keep track of my tools, but what about when things overflow or you don’t have a dedicated room?

When I work, I tend to spread out a lot. I usually have a book or two, my notebook, and my laptop. This requires a decent amount of space to spread out, and with kids, it’s like a magnet for them to come over and start touching everything, flipping pages, and whatnot, amiright?

I try very hard to write when they are sleeping or otherwise occupied, but that doesn’t always work. If they are awake and around, I first try to give snacks to buy some time and then they get their very own notebooks to write in or paper to color on so as to not spend too much time playing with what I’m doing.

If I’m just writing (like a blog post, for instance), I will try to write on the couch while they bounce away. The downside is that turns into a game of “watch me” and thus no writing really gets done.

After a few weeks of being on a schedule, my kids are starting to get into the habit of ‘mom’s working time’ which is quite nice. The transition was difficult, though, and there were lots of times where I had to say over and over “mommy’s working on something else right now, you need to go play” and it was hard to do that. It was hard to send them away without getting to hear what they were saying, but mentally, I needed it too. I needed some space where they played and I could charge up my battery a bit. The schedule is probably the best decision I’ve made in the past couple months. Ha!

Do you ever send the kids off to play with dad or the grandparents? Do you have special things the kids get to do while you craft (like watch that new episode of whatever the cool show is today)? Is that their chance to level up on that new tablet game? Do you just send them outside? What sort of logistical things do you do in order to pursue your craft?

3 thoughts on “Pursuing Your Craft: When You Have Kids”